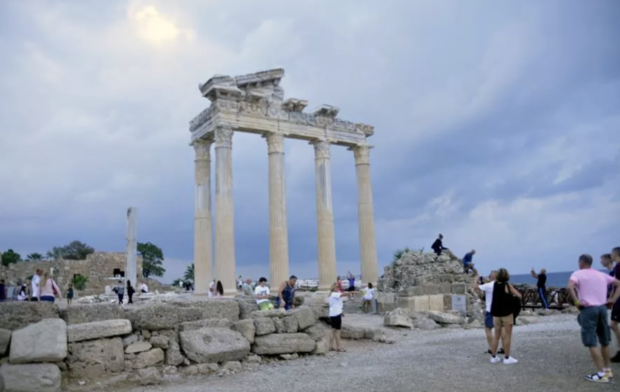 Temple of Apollo to be restored as ‘archaeological museum’

After a new door of a nightclub directly opening to the Temple of Apollo in the Mediterranean resort town of Side raised eyebrows, the Culture and Tourism Ministry and Antalya Governor’s Office have decided to restore the temple with an “archaeological museum setup.”

A restaurant adjacent to the ruins of the ancient city of Side was recently turned into a nightclub named Apollon.

The back door of the former restaurant was redesigned as the entrance of the nightclub, effectively making the venue look linked to the ancient temple dedicated to Anatolian god Apollon and goddess Athena.

The provincial director of culture and tourism in Antalya, Candemir Zoroğlu, has filed a criminal complaint against the nightclub, after which the entrance to the venue was closed from this area.