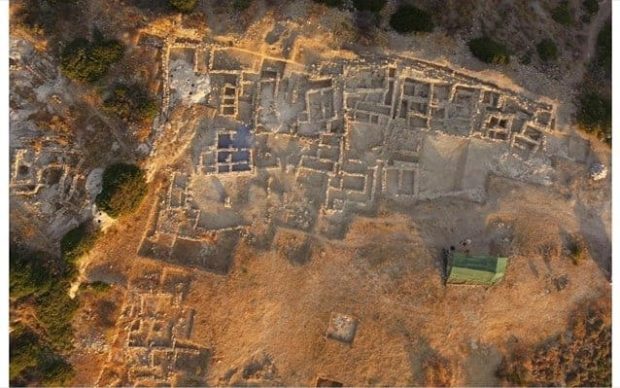 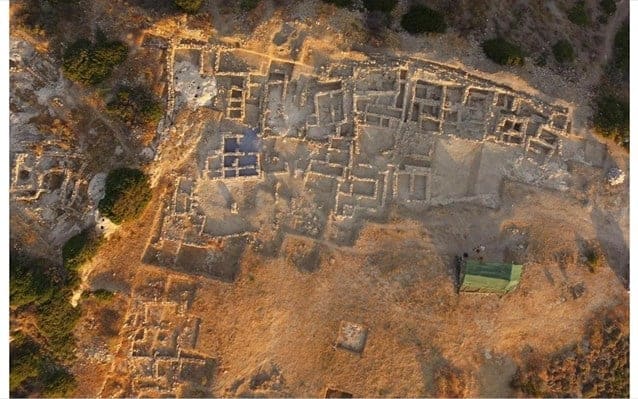 A sacrificial bull’s head found at a Minoan cemetery associated with the palace of Petras in eastern Crete is further evidence of an elite society with complex rituals of death, Minoan civilization archaeologist Metaxia Tsipopoulou told Eleni Markou of Athens-Macedonian News Agency.

This finding of a bull’s sacrifice, she adds, “may possibly be the oldest ritual (found) in a Minoan tomb that relates to this animal of outstanding importance.”

The un-looted cemetery was in use from 2800 BC to approximately 1750 BC and is associated with burials of the elite. The site of Petras has been the life’s work of Tsipopoulou, who began digging there in the 1980s.

Within its premises, she and her team excavated 26 funerary buildings used as bone depositories rather than primary burials. The bull’s head was found in Funerary building 9 (1920 BC- 1750 BC), and Area 8 in particular. These buildings could containe up to 14 rooms each. The bull’s head was placed on the earth floor.
“There were no other bones of the animal besides the cranium. Obviously, the sacrifice took place at another cemetery section,” Tsipopoulou tells ANA-MPA. The cranium was accompanied by six vessels and two triton shells: a cup, three wide-spout pitchers (prochooi), a censor, and a lamp. The triton shells, “which are very important in Minoan religion (…) are something sacred, as are bulls,” the archaeologist notes. The vessels and shells were spread over the entire Area 8. Since the area was open to the sky, the lamp indicates it would either have been used to light the censor or to light the space if the ritual was held at night.