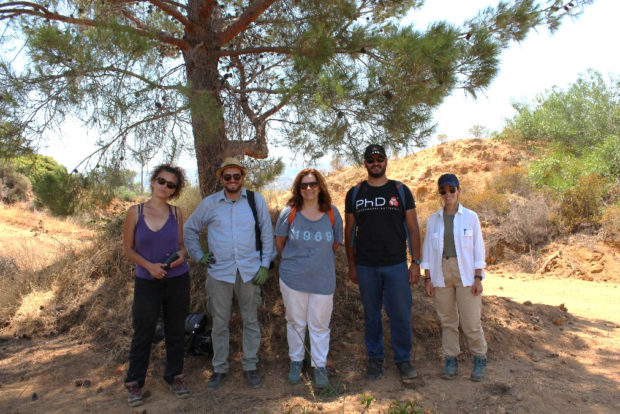 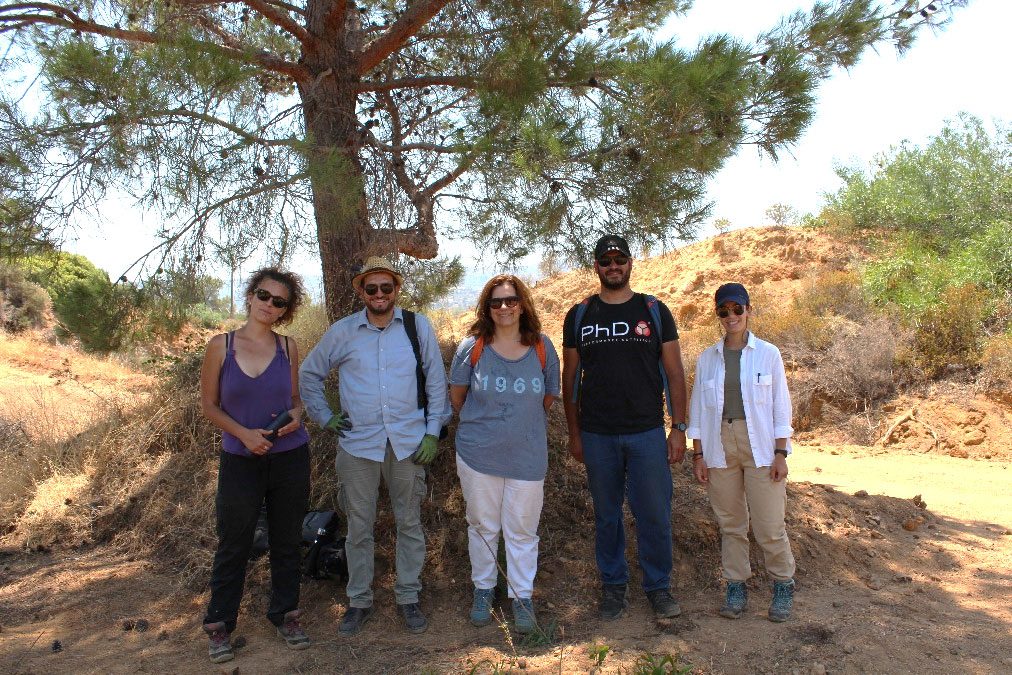 The Department of Antiquities, of the Ministry of Transport, Communications and Works, announces the completion of the archaeological survey in the area of ​​Asgatas – Kalavasos (District of Limassol – Larnaka) carried out by a team of researchers from the University of Cyprus and the Community of Asgata, under the direction of Professor Vasiliki Kassianidou (fig. 1). The research is conducted within the framework of the project “METAL PLACES: Culture crossroads in eastern Mediterranean”, which was approved and implemented under the Cooperation Program INTERREG V-A Greece – Cyprus 2014-2020 and is co-funded by the European Union and by National Funds of Greece and Cyprus.The aim of the fieldwork was to record the remains of the ancient and modern mining and metallurgical activities of the Asgata – Kalavasos mining region.The copper mines of Asgata and Kalavasos were extensively exploited from Prehistoric times to Late Antiquity, namely until the 7th century AD. In the Iron Age the mines probably belonged to the city-state of Amathus, whose wealthy copper mines are lauded by the Roman poet Ovid. After a break of more than 1000 years, the Hellenic Mining Company resumed their exploitation in 1937.The mines operated until 1978 and the mining company employed many inhabitants from Asgata and the rest of the island.

The fieldwork included the archaeological pedestrian survey in the areas surrounding the mines of Plathkies, Mavridia, Mavri Sykia, Kokkinokremos and Petra (fig. 2). The team investigated the ancient galleries and slag heaps recorded on the legacy maps created by the Hellenic Mining Company during the first decades of the modern exploitation in the area (fig. 3). The maps, together with a series of instruments and other equipment used by the modern miners, have been donated to the community and will be placed on display in the new visitors’ centre which will be created in the old school of the village. Geospatial information regarding the ancient slag heaps was also collected from the ERATOSTHENES data base of the Department of Geological Survey. The exact location and current extent of the slag heaps were confirmed and recorded with modern instruments and a small surface survey was carried out. A drone was used to record the extent of the slag heaps and create orthophotos (fig. 4). In each of the slag heaps, the stratigraphy was recorded in existing sections, and samples of slag, metallurgical ceramics as well as charcoal were collected, which will be used for the absolute dating of the metallurgical activities with the help of radiocarbon dating technique.