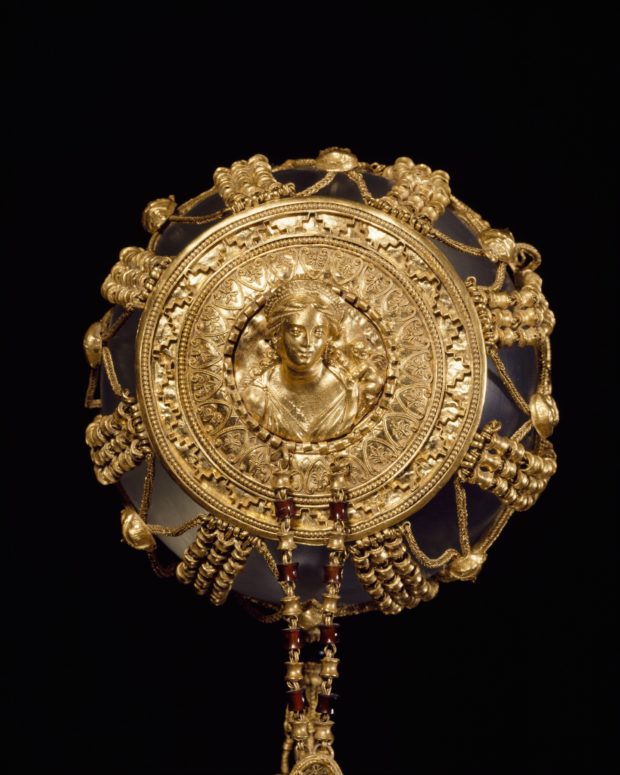 The Gift of Jewelry Was an Ancient Love Language 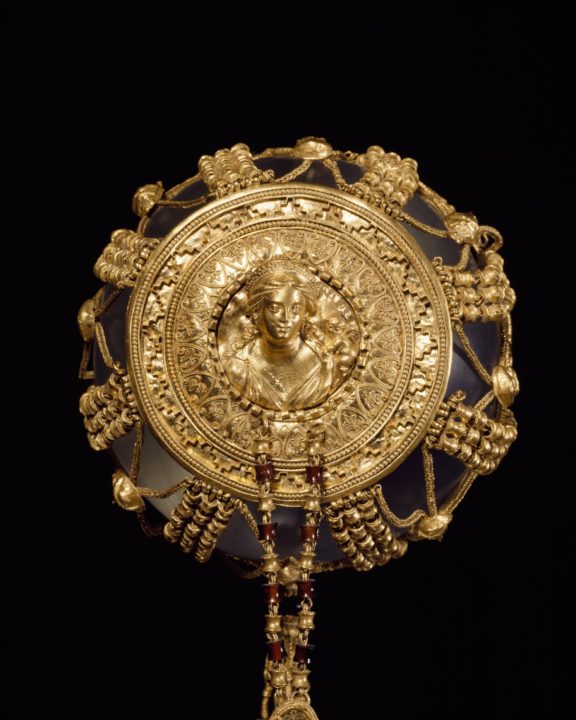 Love played an instrumental role in the lives of ancient Egyptians, Greeks, and Romans. They had a multiplicity of gods and goddesses to represent all facets of love and used literary works, pottery, wall paintings, mosaics, and jewelry to express their feelings.

Brooches, cameos with carved gemstones, and golden rings with a romantic inscription or allusive drawing on the inside were particularly popular gifts among the wealthy as proof of, or a declaration of, love. These pieces of jewelry, often called “love tokens,” helped people remember those dear to them when apart and served as reminders of departed loved ones.

The Greeks often embellished precious jewelry with images of Aphrodite (the Greek goddess of love and beauty) as a model for mortal women, who wore her likeness in the hope that some of her allure would rub off on them. In these depictions, Aphrodite would sometimes be accompanied by Eros (the Greek god of carnal love) and by Aphrodite’s sacred bird, the dove. On some engraved golden rings, the dove is perched on her shoulder or arm, flying nearby, or even carrying a scroll tied with a cord held in its beak, which might be a love letter.