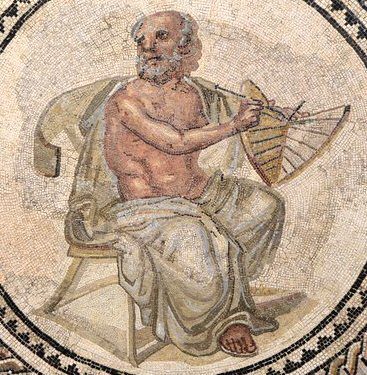 The ancient Greek thinker Anaximander, who was born in the third year of the 42nd Olympiad, or 610 BC, and who lived until c. 546 BC, was a polymath, lending his prodigious talents to the realms of pre-Socratic Greek philosophy, geography, geometry, cosmology, and politics.

He lived in Miletus, a city in Ionia, and belonged to the Milesian school, learning from his master, Thales of Miletus. He succeeded Thales to become the second master of that school where he counted Anaximenes and possibly the great mathematician Pythagoras amongst his pupils.

Although little of his life and work is known today, the effect of it is very far-reaching since he is the first philosopher known to have recorded his studies. Although only one fragment of his work remains, testimonies found in other documents after his death provide a portrait of the great man, who used rational thought to find his way through problems.

Anaximander tried to observe and explain different aspects of the universe, with a particular interest in its origins, claiming that nature is ruled by laws, just like human societies, and anything that disturbs the balance of nature does not last long.
For more information: https://greekreporter.com/2022/07/11/first-world-map-ancient-greek-anaximander/
Print/Email