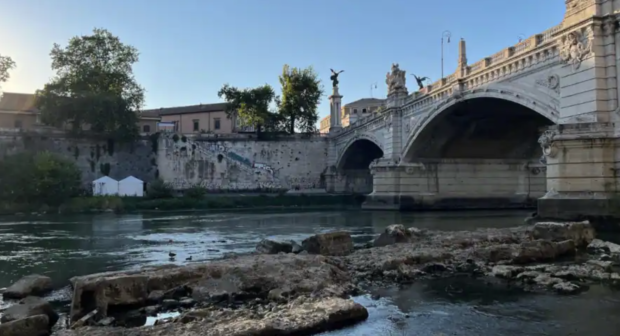 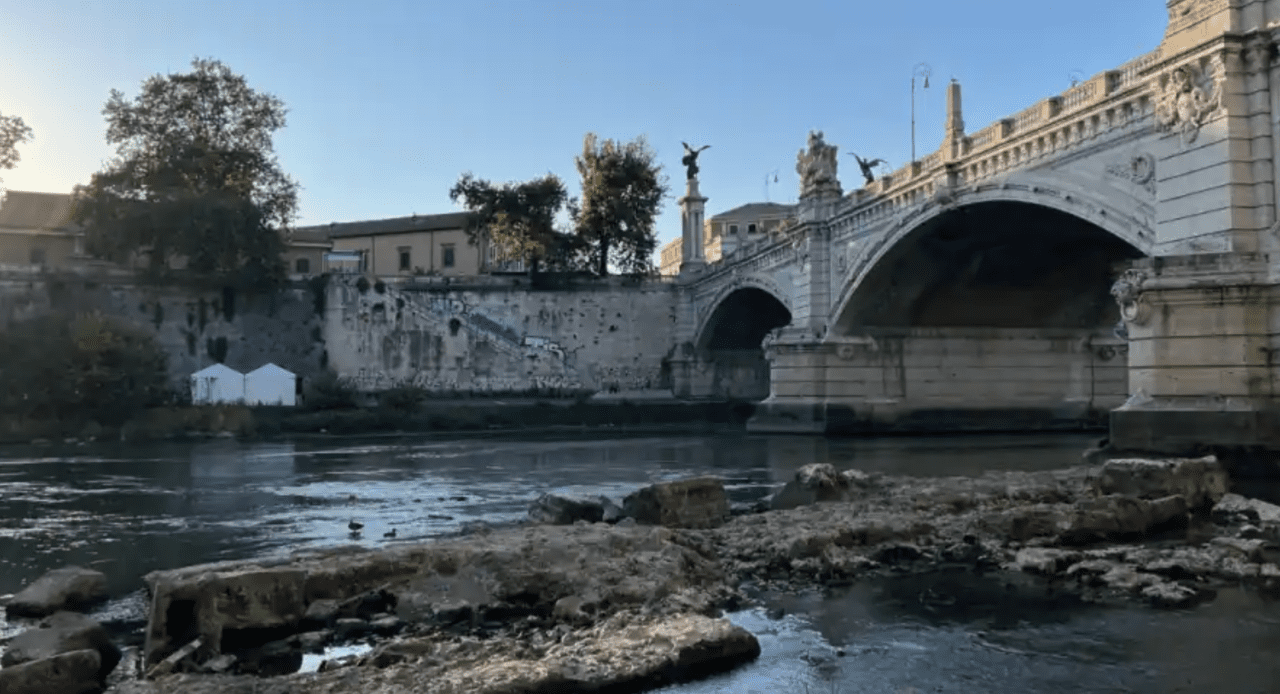 As a result of the ongoing heatwave that continues to swelter Europe, the water levels of Rome’s historic river the Tiber have fallen so low that it is now possible to see the remains of an ancient Roman bridge built by the Roman Emperor Nero. In the centre of Rome, near Castel Sant’Angelo and the Vatican, debris from the old bridge called Pons Neronianus or Bridge of Nero, which is usually hidden by the river, can now be seen beneath the Vittorio Emmanuele II bridge. The river Tiber’s water levels have dropped by a metre compared to this time last year. Recently Rome’s mayor, Roberto Gualtieri, also emphasised that even though there are currently no plans for water rationing, city residents must make sure not to waste water.

The past few weeks have seen scorching temperatures in several parts of Western Europe, adding to concerns about climate change.