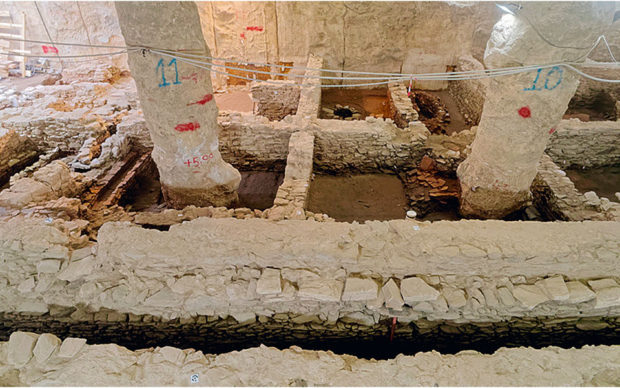 Unanimous approval for the relocation of antiquities

Posted On March 21, 2022
Categories Hellenism in the News, News and Announcements 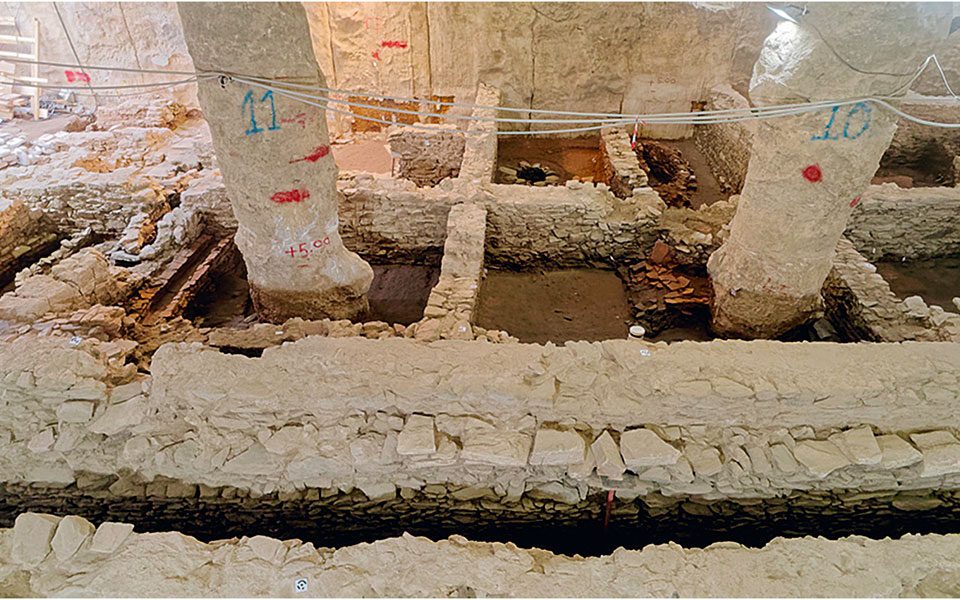 The removal and relocation of antiquities found in the second phase of excavations at the under-construction Venizelou metro station in Thessaloniki was given unanimously approval by the Central Archaeological Council (KAS) at a meeting earlier this week, following a joint presentation by the directorates for classical and Byzantine antiquities, the Directorate of Restoration of Ancient Monuments, and the Directorate for the Restoration of Byzantine and Post-Byzantine Monuments.

The new architectural remains at the station date from the 3rd to the 6th century AD, forming the context for the large number of movable antiquities already found at the site. The remains will either serve as the backdrop for the finds that have been temporarily removed, or highlighted the construction phases and historical continuity of Thessaloniki.

The new remains form part of the infrastructure on the level of the ancient Decumanus Maximus and the Cardo Maximus roads that intersect at the top of the modern-day Venizelou street, as well as a built feature on the southeast side of the crossroads. The Council also decided to detach a section of wall with its underlying substrates in order for it to be a stratigraphic sample, displayed inside Venizelou station.

This latest phase of the excavation has also yielded a large number of movable finds, such as coins and pottery from the late Roman (3rd century AD) and early Byzantine periods (4th-6th century AD), as well as glass, marble, iron, bronze and bone finds.