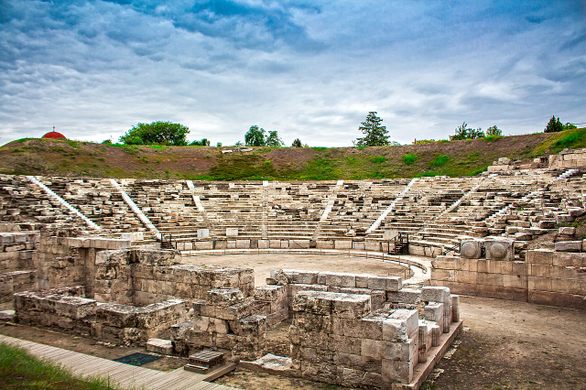 Posted On March 21, 2022
Categories Hellenism in the News, News and Announcements

The theater was an important aspect of ancient Greek culture and was often one of the most significant areas of the city. Hundreds were built throughout the Greek world and many of their ruins still survive to this day.

The First Ancient Theatre of Larissa was constructed at the end of the 3rd-century BCE, during the reign of King Antigonus II Gonatas of Macedon. It is located on Frourio Hill, the most ancient part of Larissa, and is the largest of its kind in the region of Thessaly with around 10,000 seats. The theatre was used for more than six centuries until the early 4th-century CE.

The theatre was dedicated to the god Dionysus and was used for theatrical and musical performances, but later it also hosted the city assembly. Two strong earthquakes damaged the structure, the first one around 300 CE and later again during the 7th-century. As a result of this second disaster, part of the theatre collapsed.

During the centuries, the area was slowly buried under later buildings until it was finally brought back to life with excavations that began in 1910 and lasted for decades. The uncovered ruins were heavily damaged and a long restoration process that started in the 1980s is still ongoing.