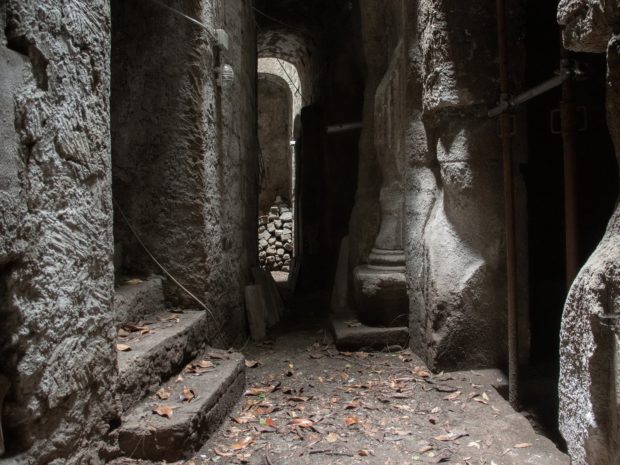 Posted On January 21, 2022
Categories Hellenism in the News, News and Announcements

In Naples’ Sanità district, mopeds hurtle along cobbled streets dotted with larger-than-life markets as locals and visitors alike form around-the-block lines for some of the world’s best pizza.

Some 2,000 years ago, this lively Naples neighborhood was a very different place. Situated just outside the walls of Neapolis—the Greek city so respected that even under the Romans, its Hellenistic culture was allowed to flourish—it was once a hilly area composed of volcanic tuff rock.

Tuff is famously soft. For centuries, civilizations on the Italian Peninsula have dug into it to sculpt tombs, places of worship and even cave-style dwellings. The Sanità is no different: Ancient Neapolis’ Greek residents used this area, just outside the city walls, as a necropolis. Streets now pulsating with life were, back then, river-carved paths between hillocks of tuff. As the Greeks built grand family tombs, those paths became improvised roads in a city of the dead.