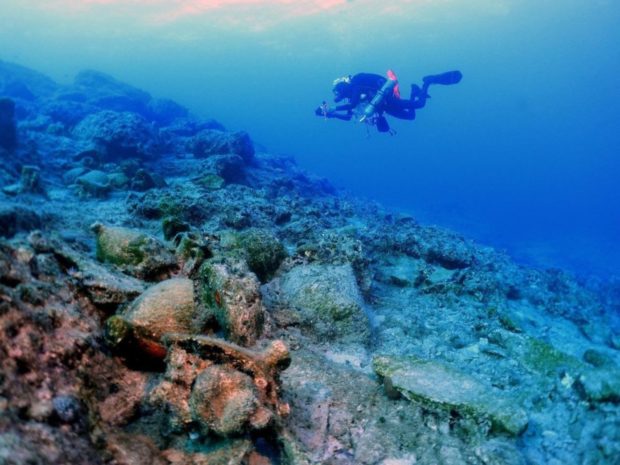 Posted On January 5, 2022
Categories Hellenism in the News, News and Announcements

Archaeologists working under the auspices of Greece’s Ministry of Culture and Sports announced a spectacular discovery in January, which proved to be only one of many such fantastic ancient Greek archaeological discoveries in 2021.

What they instantly called “ancient treasures,” consisting of amphorae from Spain and what is now Tunisia were unearthed in two shipwrecks off the coast of Kasos, near Crete.

A total of four shipwrecks from different eras were found last fall, but only in January of 2021 did researchers find the amphorae, which prove that Kasos’ trade networks during the Roman era stretched far into the western Mediterranean.

The ships they once were carried on sank sometime in the second or third centuries AD; incredibly, archaeologists were able to prove that the amphorae held oil produced in Guadalquivir, Spain.