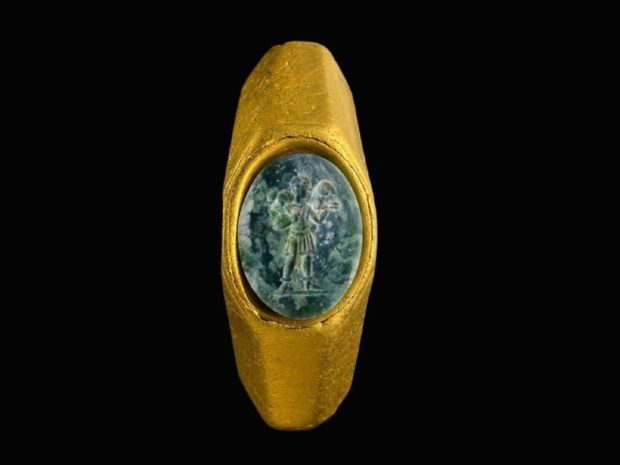 Early Christian Ring Found in Third-Century Shipwreck Off of Israel 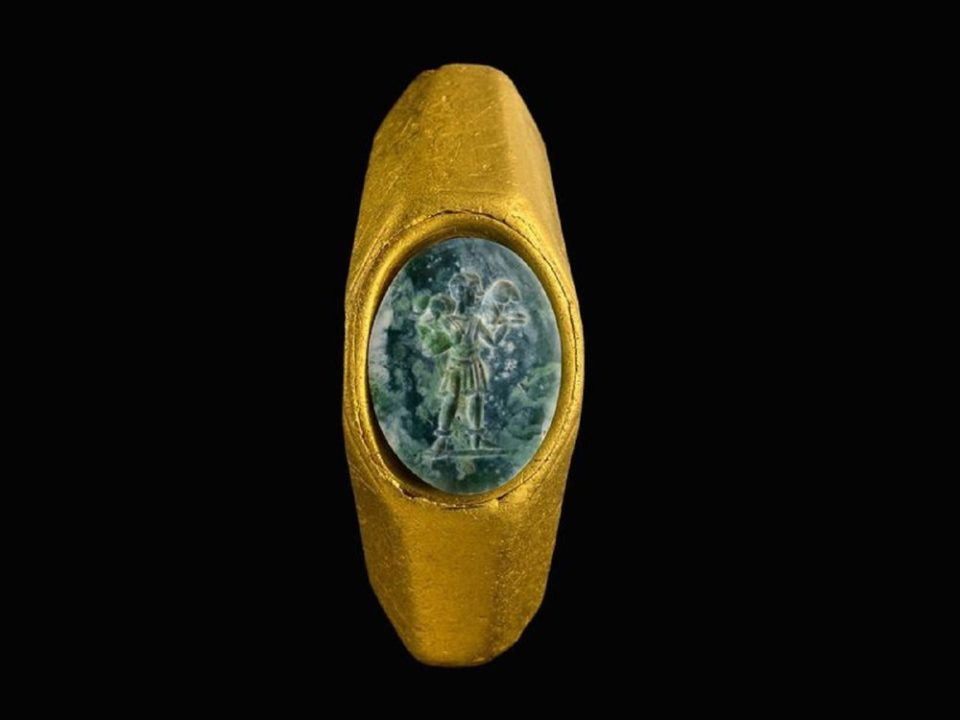 Marine archaeologists investigating two shipwrecks off the coast of the ancient port city of Caesarea in what’s now Israel discovered a gold ring bearing a “Good Shepherd” figure used by early Christians. The ring was part of a treasure trove found on a third-century ship that also included Roman coins, bells used to ward off evil spirits, pottery and figurines.

In the third century, Caesarea, located about 35 miles north of modern Tel Aviv, was an important hub for the Roman Empire and home to people of varied ethnicities and religions, Helena Sokolov, a curator with the Israel Antiquities Authority (IAA), tells Agence France-Presse (AFP).

“This was a period when Christianity was just in its beginning, but definitely growing and developing, especially in mixed cities like Caesarea,” she says.

The octagonal ring is made of gold with a green gemstone. A figure of a young shepherd boy with a ram or sheep on his shoulders is carved into the stone. The ring’s small size suggests it may have belonged to a woman. Sokolov says the image of Jesus as a shepherd tending to his flock was common in early Christianity, but it was unusual to find it on a ring.

Per the Jerusalem Post’s Rossella Tercatin, Caesarea is mentioned several times in the New Testament, including a section in which the apostle Peter baptizes the Roman centurion Cornelius in the city.