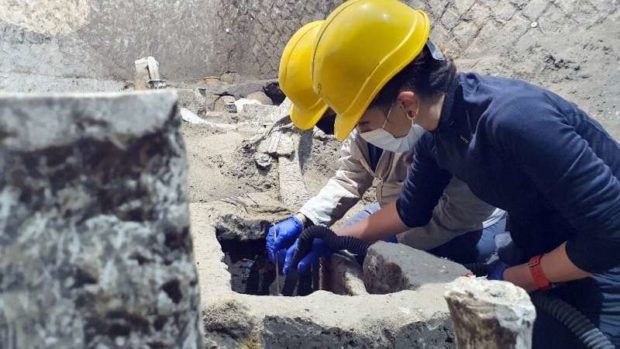 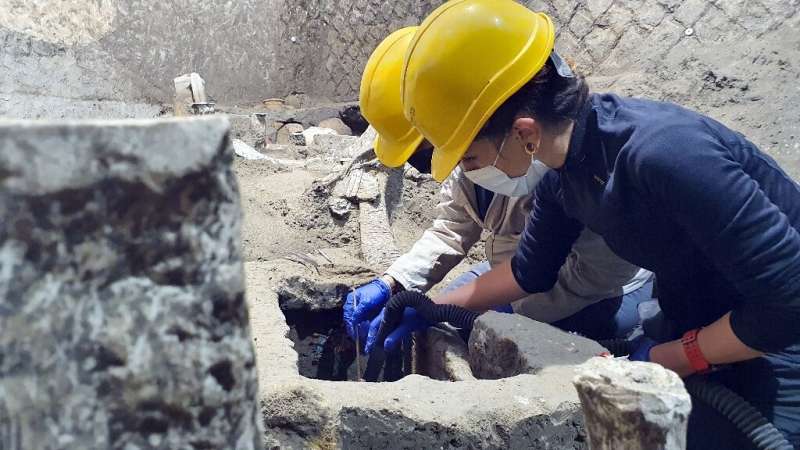 Pompeii archaeologists said Saturday they have unearthed the remains of a “slave room” in an exceptionally rare find at a Roman villa destroyed by Mount Vesuvius’ eruption nearly 2,000 years ago.

The little room with three beds, a ceramic pot and a wooden chest was discovered during a dig at the Villa of Civita Giuliana, a suburban villa just a few hundred metres from the rest of the ancient city.

An almost intact ornate Roman chariot was discovered here at the start of this year, and archaeologists said Saturday that the room likely housed slaves charged with maintaining and prepping the chariot.

“This is a window into the precarious reality of people who rarely appear in historical sources, written almost exclusively by men belonging to the elite,” said Pompeii’s director general Gabriel Zuchtriegel.

The “unique testimony” into how “the weakest in the ancient society lived… is certainly one of the most exciting discoveries in my life as an archaeologist,” he said in a press release.

Pompeii was buried in ash when Mount Vesuvius erupted in 79 AD, killing those who hadn’t managed to leave the city in time. They were either crushed by collapsing buildings or killed by thermal shock.