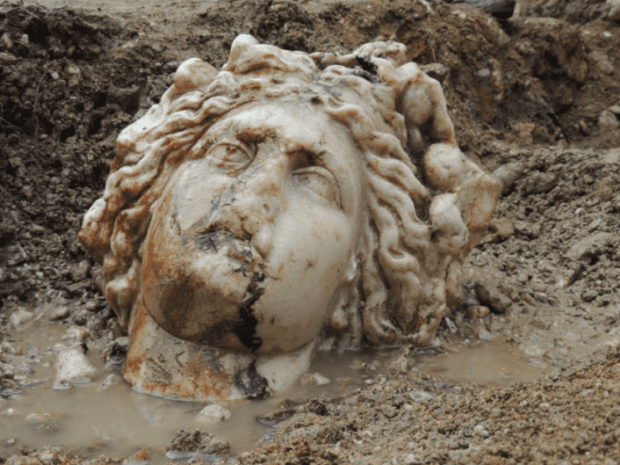 Posted On November 8, 2021
Categories Hellenism in the News, News and Announcements 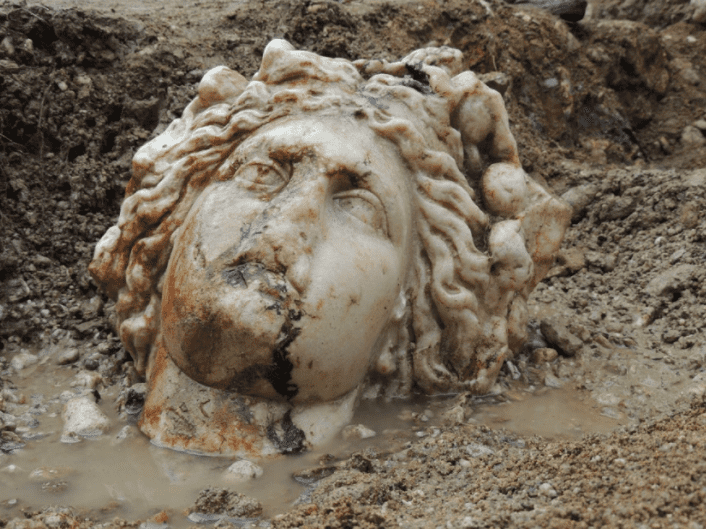 Two heads of ancient statues of Aphrodite, the goddess of love, and Dionysus, the god of wine, have been uncovered in an archaeological dig in the ancient Greek city of Aizanoi, 50 kilometres from Kutahya city centre in modern-day western Turkey.

Described as possessing “astonishing beauty”, excavation coordinator Dr Gokhan Coskun told Turkish state-run news agency Anadolu Agency that the heads of the Greek Gods were unearthed in Penkalas stream, noting that the bodies were found in a previous dig.

Penkalas stream is a tributary of the river Rindakos, where other antiquities have also previously been discovered, mainly from the Roman period.

“During the excavations, we came across findings that surprised us. These were the heads of large marble statues,” said Dr Coskun.

“One head is of “Aphrodite”, known as the goddess of love and beauty, with a height of about 50 cm. The other is from the statue of Dionysus 45 cm high, which is known as the god of wine in mythology.”

“These are important findings for us, as they show that the polytheistic culture of ancient Greece existed for a long time without losing its importance in the Roman era,” he said.