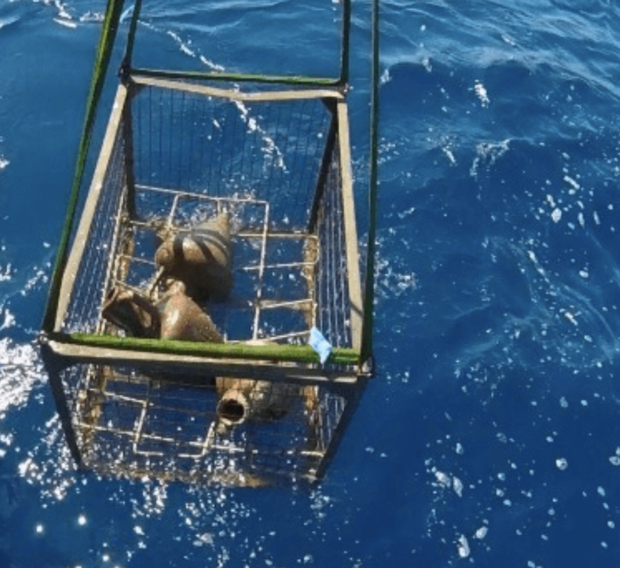 Ancient shipwreck off Peloponnese had a cargo of amphorae

Posted On November 8, 2021
Categories Hellenism in the News, News and Announcements 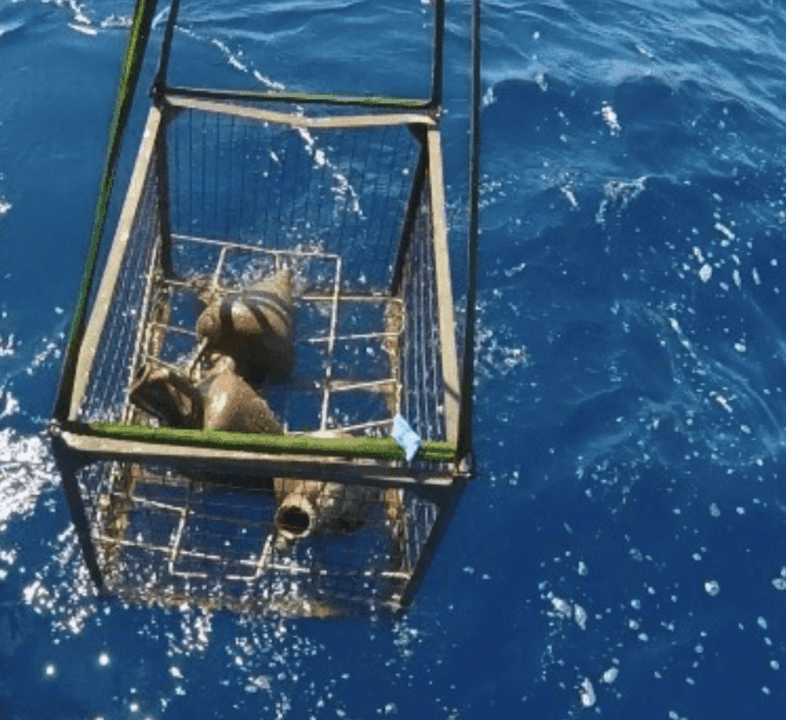 A shipwreck from the Classical era first discovered in the narrow channel between the island of Kythira and Neapolis in the Peloponnese in 2019, was found to be carrying several amphorae, the Ministry of Culture & Sports said on Monday.

Most of the amphorae were of the Corfu type, while some were of the kind known as Solocha II (possibly from ancient Peparithos, as the island of Skopelos was known). Some were from Chios, and there were also several other types of ceramic tableware.

The amphorae were raised between September 24 and 27 from a depth of 222 metres in a salvage operation by the Underwater Antiquities Ephorate with funding by the Independent Power Transmission Operator (IPTO).

The ship lies in an area that is on the path of a project to lay a power cable linking Kissamos to Neapolis. The Hellenic Centre for Marine Research lent a Max Rover remote operated underwater vehicle.

According to the ministry, the wreck is dated between the end of the 5th century BC and the middle of the 4th century BC, and appears to have settled on the bottom of the sea intact, since the dispersal of the objects follows the shape of the ship.