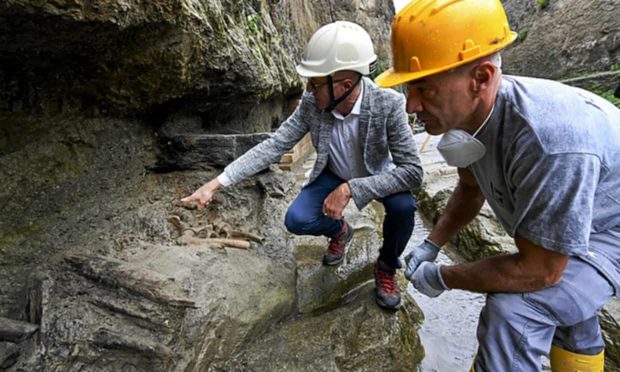 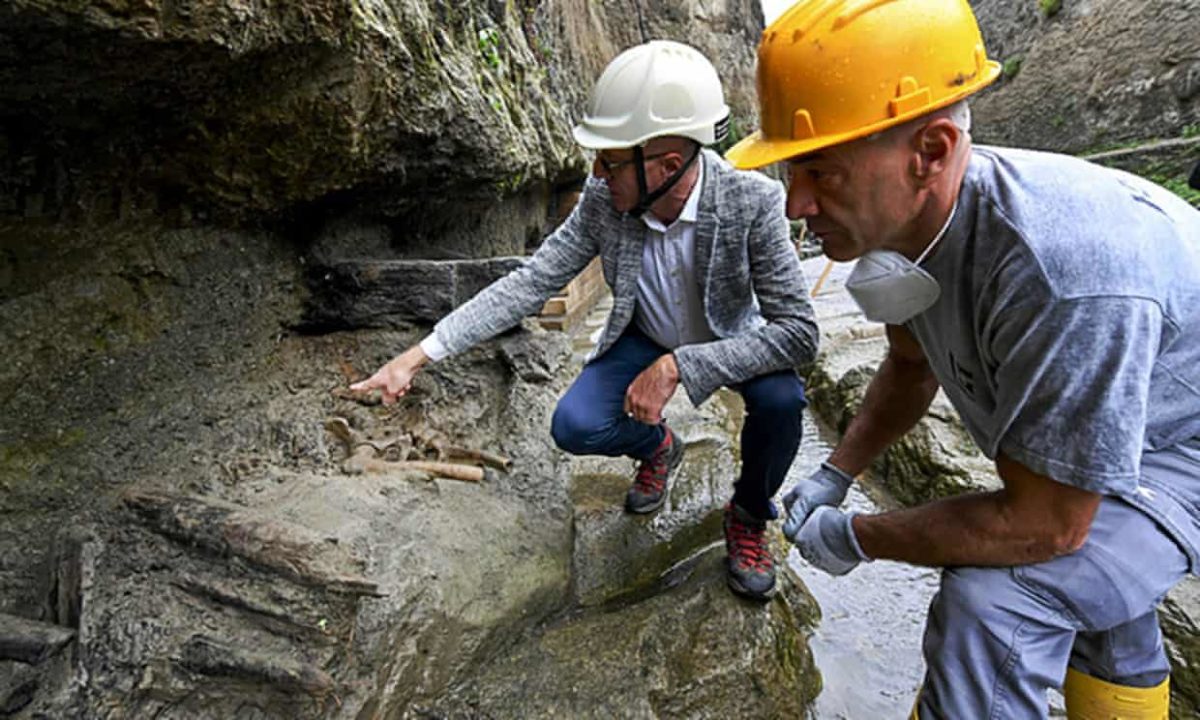 The partially mutilated remains of a man buried by the AD79 eruption of Mount Vesuvius at Herculaneum, the ancient Roman town close to Pompeii, have been discovered in what Italy’s culture minister described as a “sensational” find.

Archaeologists said the man, believed to have been aged between 40 and 45, was killed just steps away from the sea as he tried to flee the eruption.

His skeleton was found on what would have been the ancient town’s beach with the head pointing back in the direction of the sea, and surrounded by carbonised wood, including a roof beam, that might have crushed his skull, the Italian news agency, Ansa, reported.

“It was 1am when the pyroclastic surge produced by the volcano reached the town for the first time with a temperature of 300-400 degrees, or even, according to some studies, 500-700 degrees. A white-hot cloud that raced towards the sea at a speed of 100km [60 miles] per hour, which was so dense that it had no oxygen in it.”