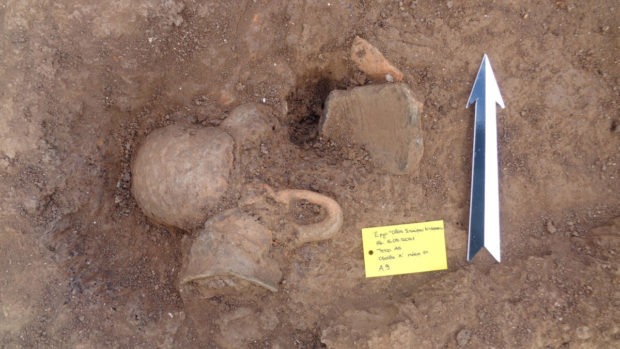 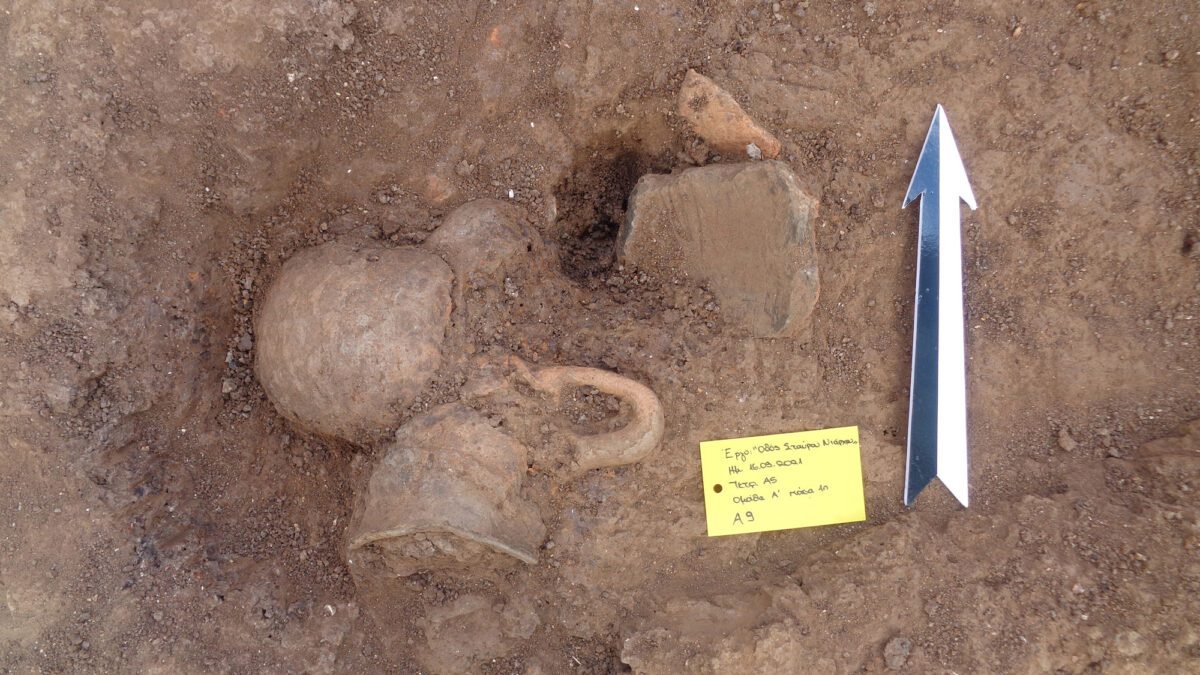 A prehistoric layer of habitation was unearthed at Ioannina, while work was being conducted  on the “Stavros Niarchos Street”, near the latter’s junction with the Ring Road, as announced by the Ephorate of Antiquities of Ioannina.

Specifically, remains of a prehistoric settlement came to light dating from the Bronze Age (2000-1100 BC), which include stone tools, handmade, unpainted thin and thick walled vessels, some of which are decorated with “button” and “disc”motifs impressed or in relief. As noted in the press release, this is an excavation assemblage which offers valuable data regarding habitation in the lakeside areas of the Ioannina basin during that specific period in time. It should also be mentioned that corresponding archaeological evidence is extremely limited, and for this reason the discovery and study of this particular assemblage will complete the fragmentary picture we have of the settlement organization in the hinterland of Epirus in late prehistoric times.

The excavation is being conducted under the supervision of Paraskevi Yiouni, Department Head of Prehistoric and Classical Archaeological Sites, Monuments and Archaeological Works, and by Angeliki Panatsi, archaeologist from the Department of Prehistoric and Classical Antiquities at the Ioannina Ephorate of Antiquities participating in Subproject 6 of the “Stavros Niarchos Street” project included in the Operational Programme” Epirus 2014-2020″.