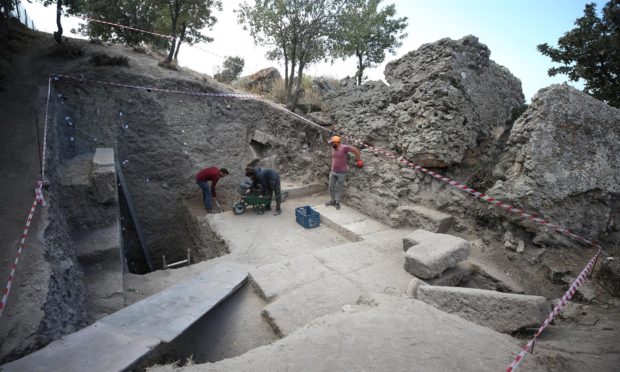 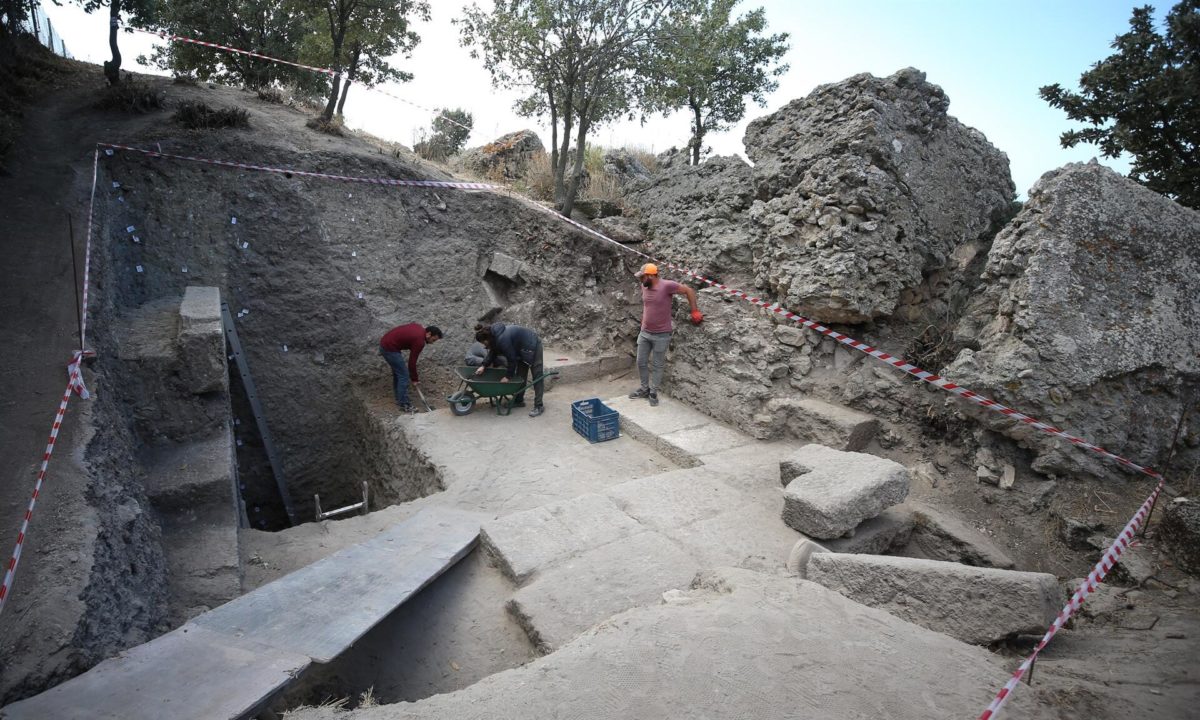 Works that have been continuing in the ancient city of Alexandria Troas, located in a region close to the sea in the northwestern province of Çanakkale’s Ezine district, have brought to light two gates of the city’s bazaar, believed to be 2,200 years old.

Professor Erhan Öztepe, the head of the excavations from Ankara University’s Archaeology Department, said that this year they unearthed the northern border of a Hellenistic bazaar in the ancient city.

Çanakkale Onsekiz Mart University (ÇOMÜ) Professor Cahit Çağlar Yalçıner and Yunus Can Kurban carried out the geophysical measurements in the area and identified the location of the altar (the religious structure where sacrifices were made) before the excavations.

Öztepe stated that geophysical studies and the areas around the forum will be scanned this year. “The areas unearthed in the excavations and the projects for their protection have been documented and recorded by an architectural team,” he added.