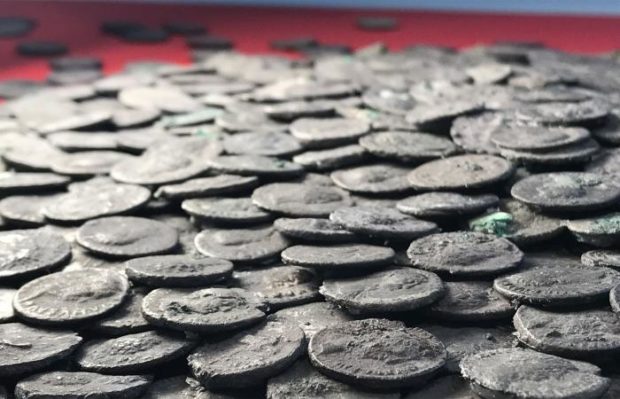 Coins from Roman times: The silver treasure of Augsburg 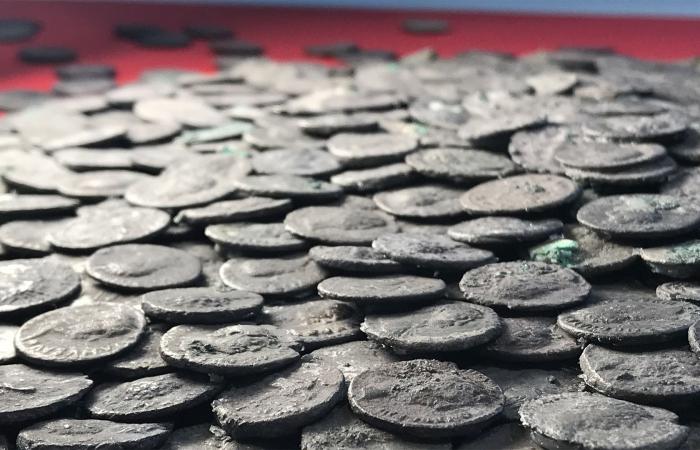 More than 15 kilograms of silver coins from Roman times have been discovered in Augsburg. There is talk of the largest Roman silver treasure in Bavaria. Researchers hope to gain new insights into the life of the Romans.

Stefan Krmnicek from the Institute for Classical Archeology at the University of Tübingen turns the lock on the safe, enters a numerical code, then pushes a lever to the side and pulls the centimeter-thick steel door open. Together with his doctoral student Leo Brei, he enters the university safe. The coins from Augsburg are ready for restoration in five gray plastic boxes. It is the largest Roman silver treasure that has been found on Bavarian territory to date. Each coin is individually packed in a plastic bag and numbered. There are around 5500 coins in total.

“This amount of money must have been enormous by ancient standards,” says Krmnicek. They weigh a total of around 15 kilograms. “It is certainly not owned by someone who belonged to the lower social pyramid. This is most likely to think of people who were active in the military or in trade.”

The coins were found individually distributed in a construction pit in the Oberhausen district.