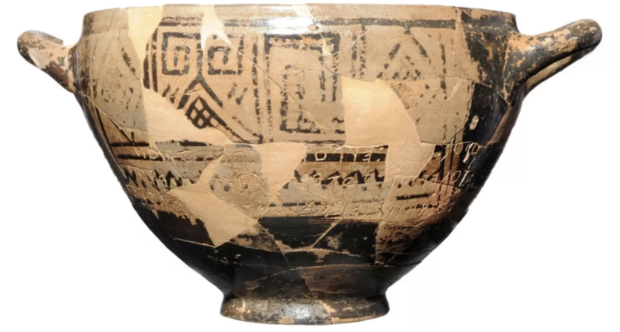 Posted On October 11, 2021
Categories Hellenism in the News, News and Announcements 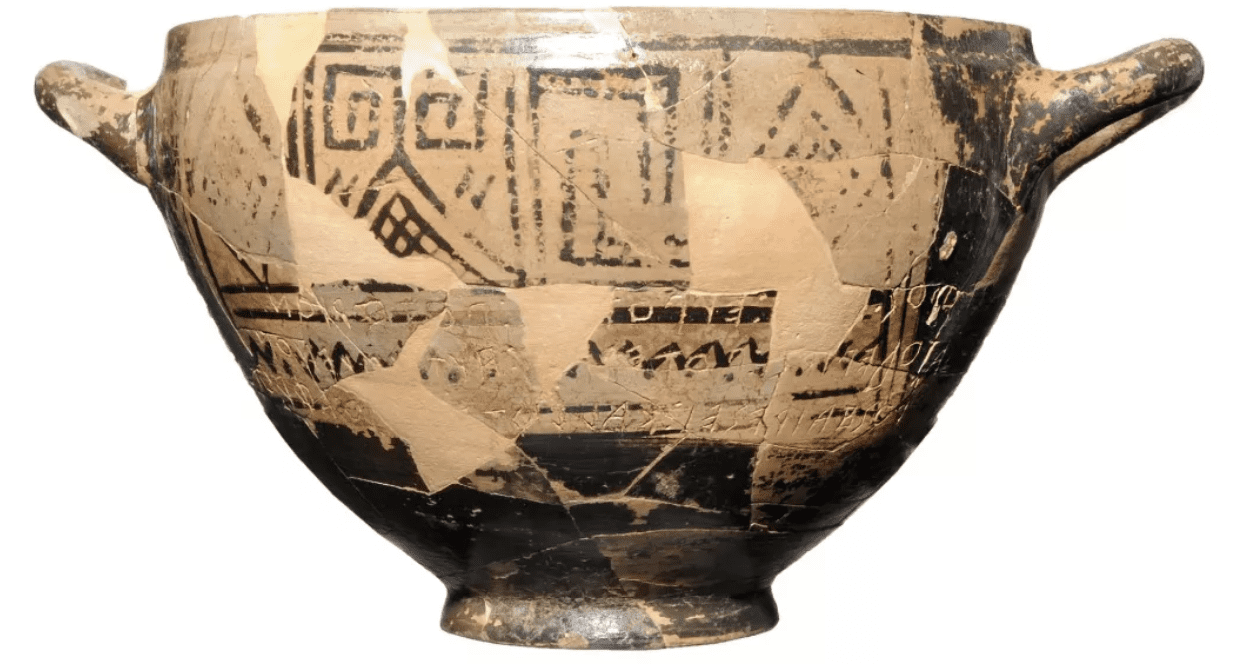 An ancient Greek cremation burial dating to nearly 3,000 years ago was more crowded than expected, scientists recently discovered. The tomb was thought to hold a single occupant — a child — but new analysis of the tomb’s bones revealed that it instead held the remains of at least three adults.

This could help to explain a longstanding mystery: the presence in the tomb of a cup with a racy inscription that seemed out of place in a child’s grave.

The clay vessel, known as Nestor’s Cup, bears a three-line boast ending with a promise that whoever drank from the cup would be smitten with desire for Aphrodite, goddess of beauty and love. Experts have long puzzled over why such a message would be preserved in the burial of a child, and the recent findings may help to explain it, scientists reported in a new study.