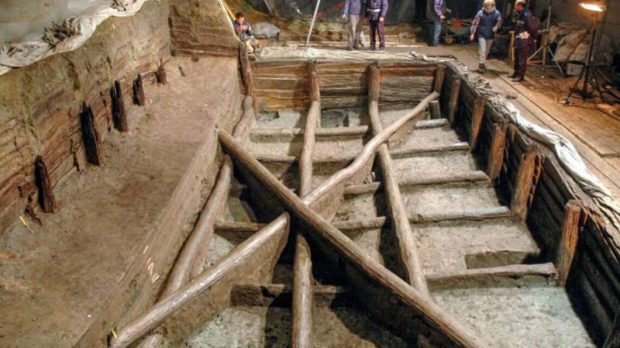 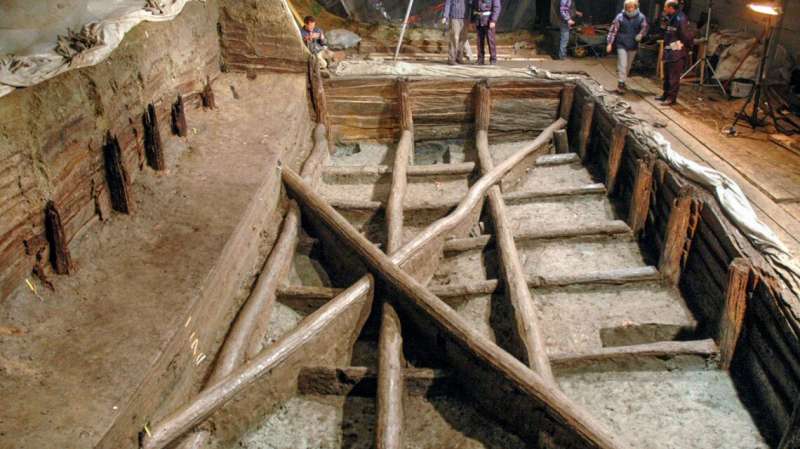 The Noceto Vasca Votiva is a unique wood structure that was unearthed on a small hill in northern Italy in 2005. Built primarily of oak and slightly larger than a backyard swimming pool, the exact purpose of the in-ground structure has remained a mystery, as has the date of its construction. Italian researchers estimated its origins go back to the late Middle Bronze Age, sometime between 1600 and 1300 BCE

While that gap might not seem huge, in archeological terms it’s like comparing the culture that invented the steam engine with the one that produced the iPad.

A Cornell University team led by Sturt Manning, Distinguished Professor of Arts and Sciences in Classics and director of the Tree-Ring Laboratory, used dendrochronology and a form of radiocarbon dating called ‘wiggle-matching’ to pinpoint, with 95% probability, the years in which the structure’s two main components were created: a lower tank in 1444 BCE, and an upper tank in 1432 BCE Each date has a margin of error of four years.

The finding confirms that the Noceto Vasca Votiva was built at a pivotal moment of societal change, and bolsters the Italian researchers’ theory that the structure was used for a supernatural water ritual.