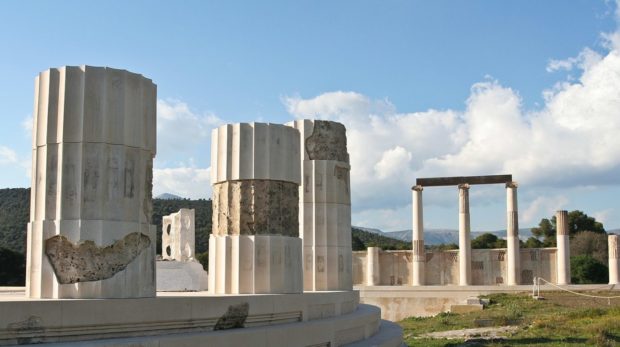 Posted On June 2, 2021
Categories Hellenism in the News, News and Announcements 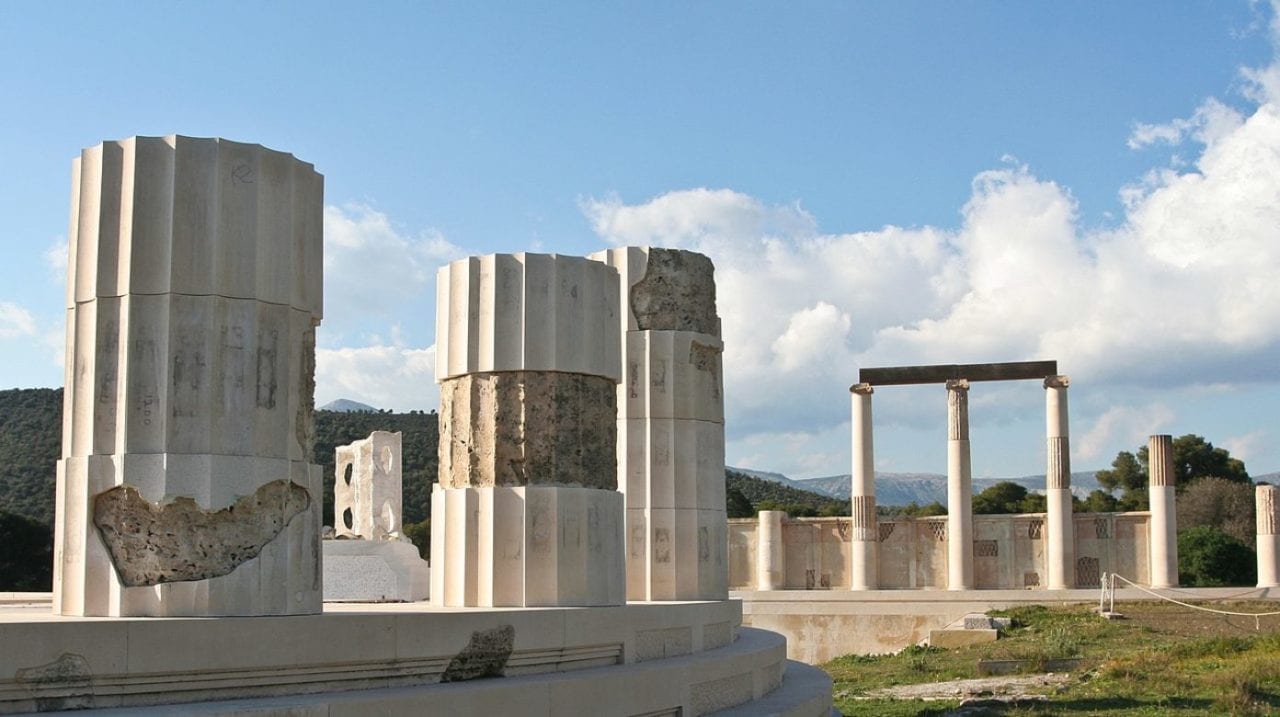 Recent excavations at the Asclepion of Epidaurus have revealed the remains of an even older temple building found at the shrine, in the vicinity of the Tholos.

The partially-excavated building, which is dated to about 600 B.C., consists of a ground floor with a primitive colonnade and an underground basement chipped out of the rock beneath.

The stone walls of the basement are covered in a deep-red-colored plaster and the floor is an intact pebble mosaic, which is one of the best-preserved examples of this rare type of flooring to survive from this era.

The find is considered significant because it predates the impressive Tholos building in the same location, whose own basement served as the chthonic residence of Asclepius, and which replaced the newly-discovered structure after the 4th century B.C.

This shows that the worship of Asclepius at Epidaurus began much earlier than previously thought and had the same chthonic features, while altering what is known about the history of the region in general.